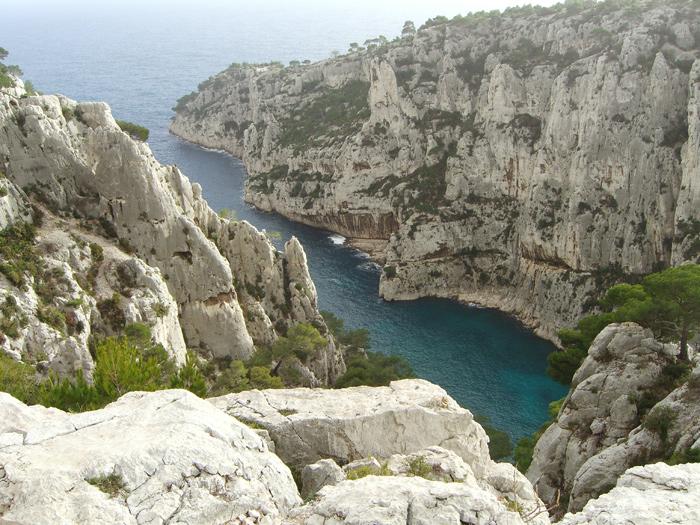 The coast of Provence has a rare mix of small marinas and harbours and good anchorages that make cruising this coast an interesting mix compared to the coasts to the east. Les Calanques stretch from Marseille to La Ciotat with marinas at Cassis and La Ciotat. In the summer the calanques are popular and crowded, but you can always find somewhere to anchor. You will need to refine the technique of anchoring with a long line ashore as there is no room to swing to an anchor in most places. The calanques between Marseille and Cassis are popular amongst tourists and locals alike, offering several vantage points (such as the Corniche des Crêtes and Cap Canaille) allowing spectacular panoramas.The best time to visit calanques is probably March through May, when temperatures are still quite fresh and, unlike autumn and winter, rain is usually quite rare.
A calanque (from the Corsican word of pre-Indo-European origin calanca (plural calanche) with meaning “inlet”; Occitan calanca too) is a steep-walled inlet, cove, or bay that is developed in limestone, dolomite, or other carbonate strata and found along the Mediterranean coast. A calanque is a steep-sided valley formed within karstic regions either by fluvial erosion or the collapse of the roof a cave that has been subsequently partially submerged by a rise in sea level. It can be considered a Mediterranean fjord.
Massif des Calanques (Massís dei calancas in Occitan, the local language) in the Bouches-du-Rhône département of France. This range extends for 20 km in length and 4 km in width along the coast between Marseille and Cassis, culminating in Marseilleveyre (432 m) and Mont Puget (565 m).
The calanques of the Massif des Calanques include the Calanque de Sormiou, the Calanque de Morgiou, the Calanque d’En-Vau, the Calanque de Port-Pin and the Calanque de Sugiton.
The calanques have a particular ecosystem, as soil is almost non-existent there, and the limestone cliffs instead contain numerous cracks into which the roots of plants are anchored. In places where cliffs are less vertical, their vegetation is a classical Mediterranean maquis, typically consisting of densely-growing evergreen shrubs such as sage, juniper and myrtle. It is similar to heath in many aspects, but with taller shrubs, typically 2-4 m high as opposed to 0.2-1 m for heath.
Like anywhere on Mediterranean coast, Calanques’ climate is arid, with any moisture coming only from evaporation of the sea. This xericity associated with the salt spray conditions the subsistence of an adapted vegetation.

Calanques between Marseille and Cassis, plan (click to enlarge)

Calanque of Callelongue is famous in Marseille, it has a restaurant where many of them go for lunch… 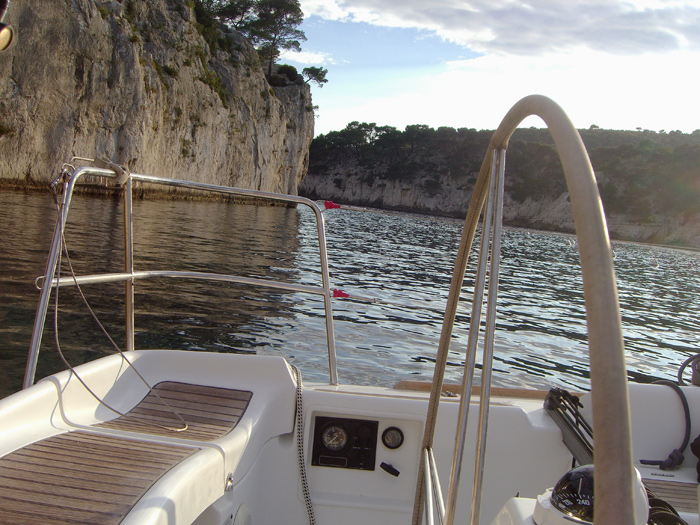 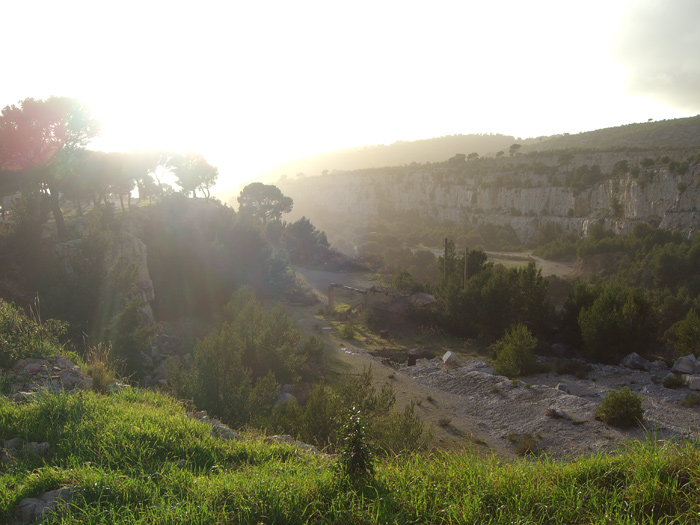 landscape at Calanque de Port Miou, at the end of the day just before sunset (december) 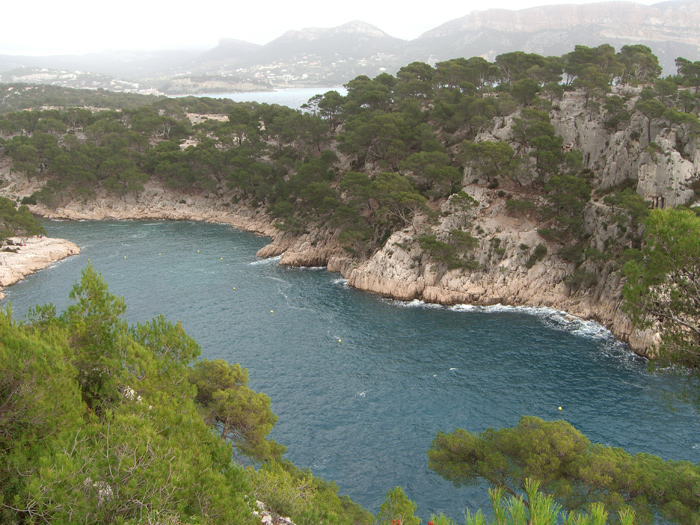 Calanque de Port Pin, in the background the bay of Cassis and the town of Cassis 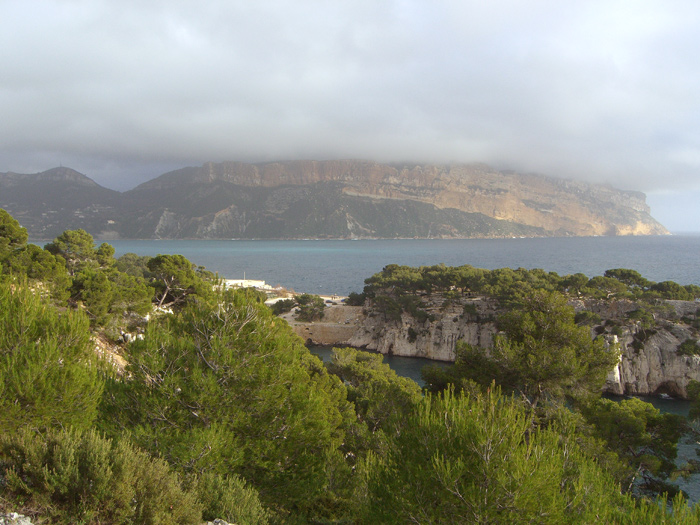 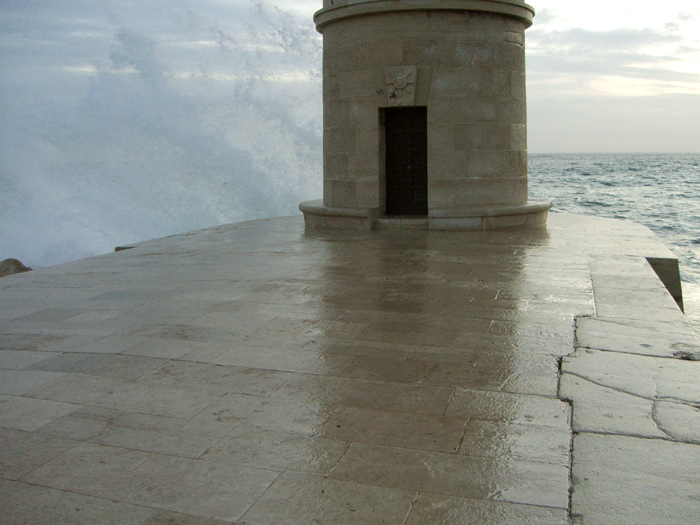 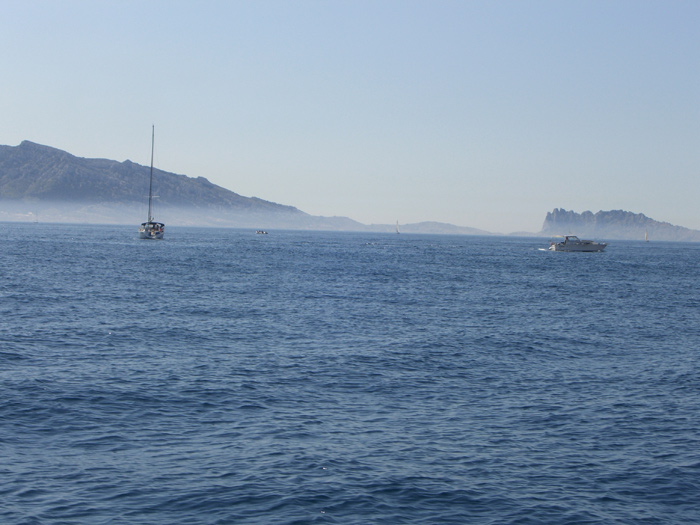 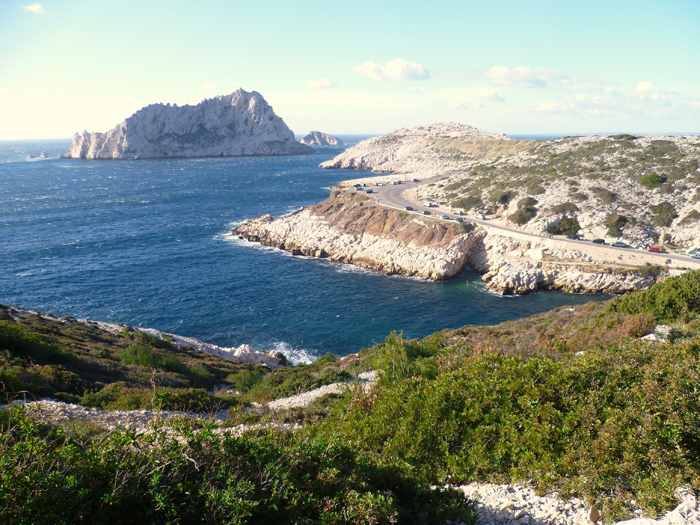 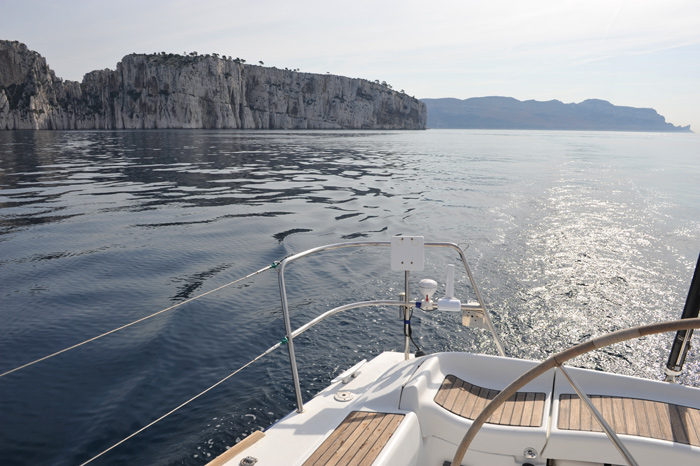 from Calanque d’En-Vau in the direction of Marseille, in the back Cap de L’Aigle (La Ciotat) 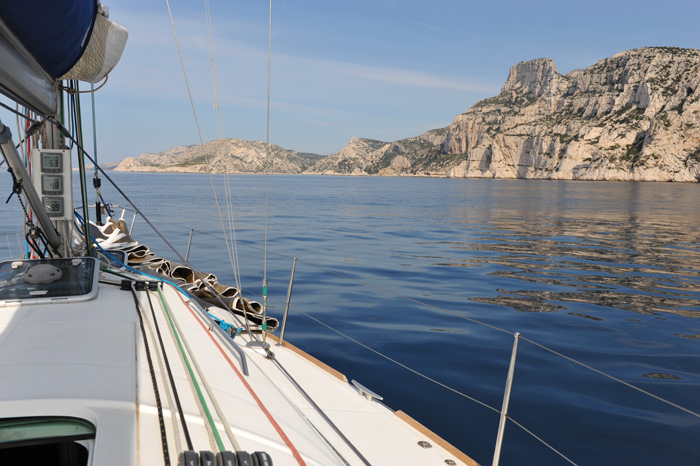 Calanques, direction of Marseille, ahead Calanque de Morgiou and Sormiou 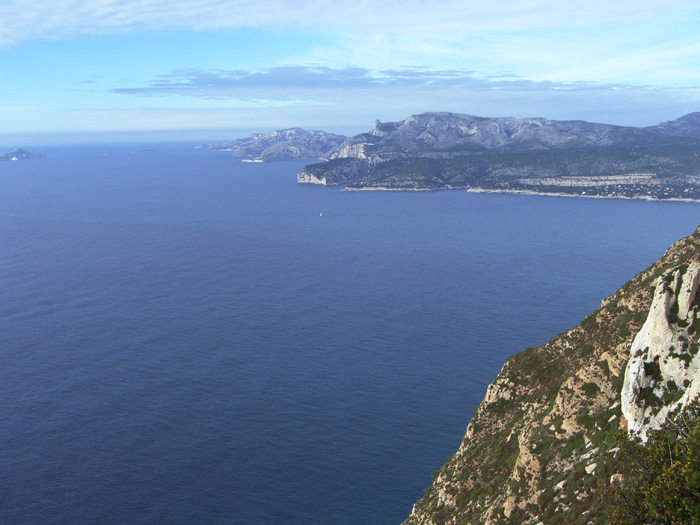 Calanques seen from the mountains near La Ciotat, looking West in the direction of Marseille, in front Calanque de Port Pin, Calanque d’En-Vau and Port Miou are visible 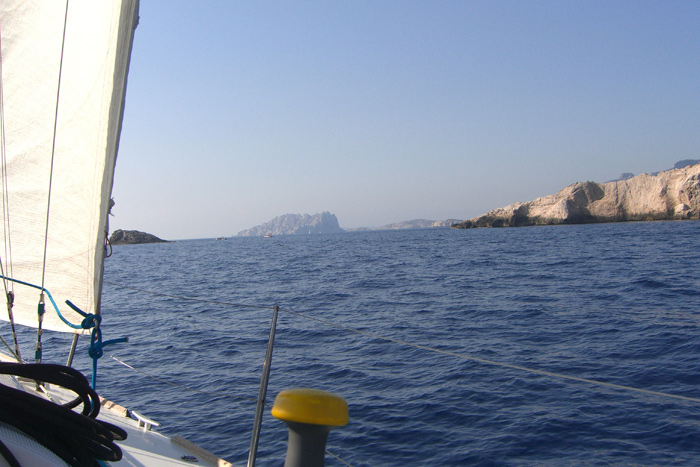 Calanques, Ile Riou and Cap Croisette in the background 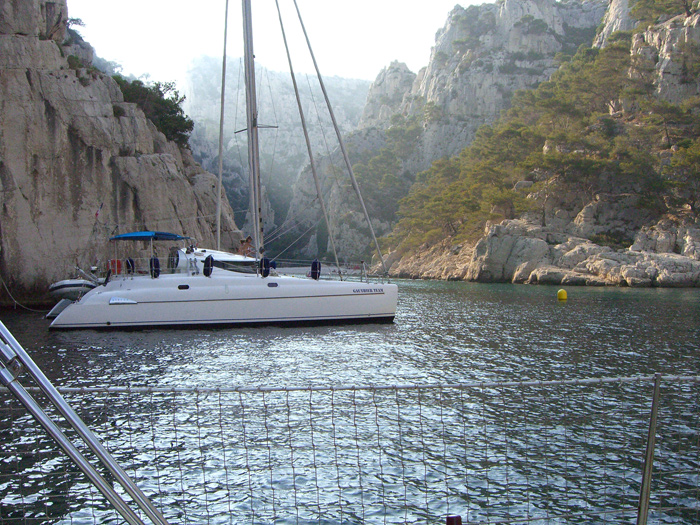 Calanque d’En-Vau, anchoring in the south sector, (it is forbidden to anchor there now, only on the other side there is a small place for anchoring… 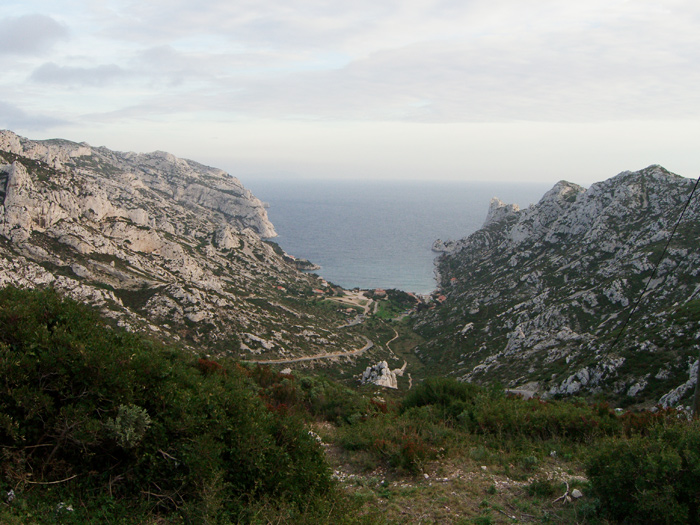 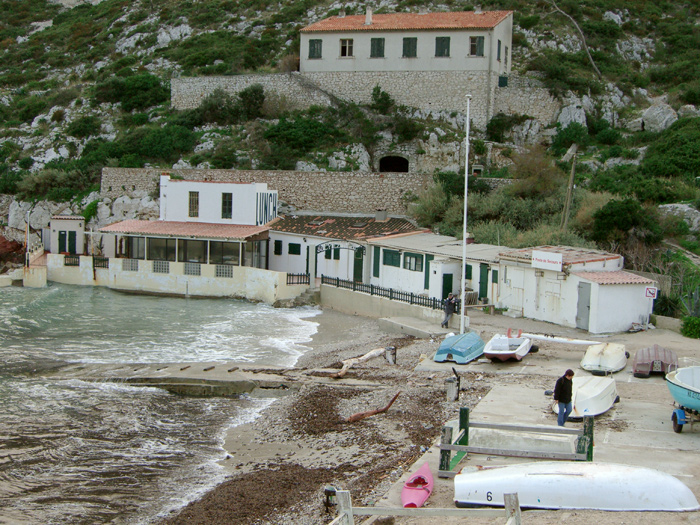 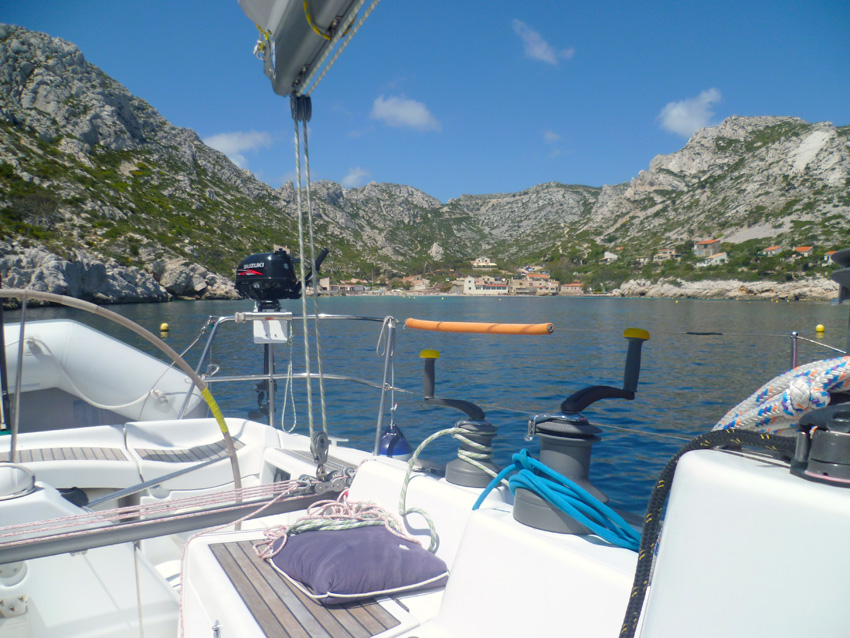 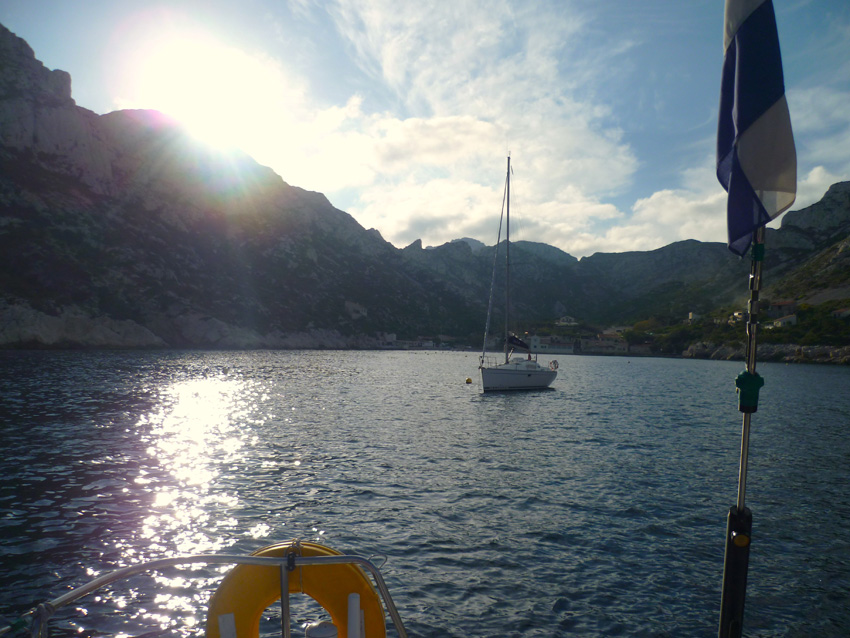 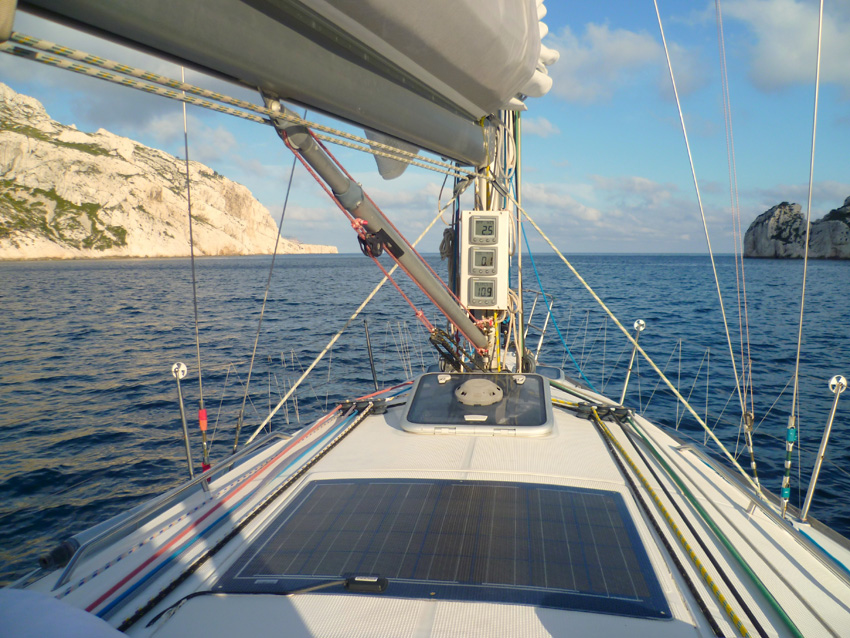 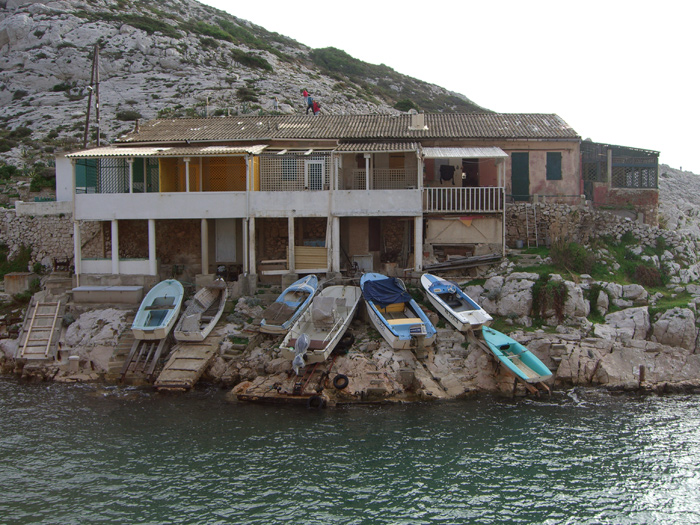 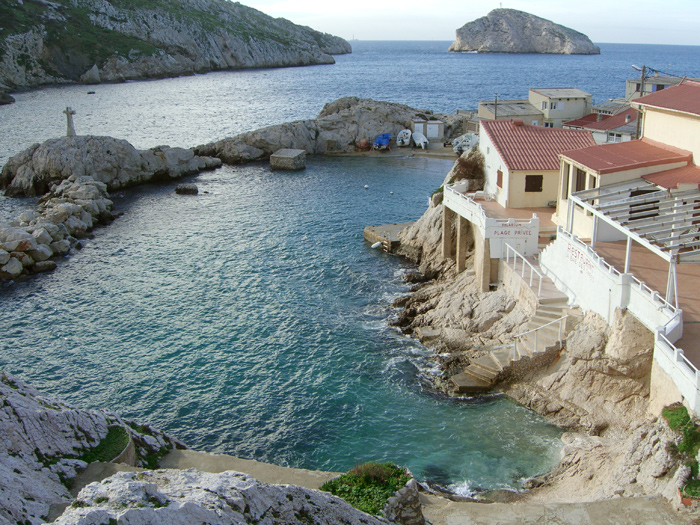 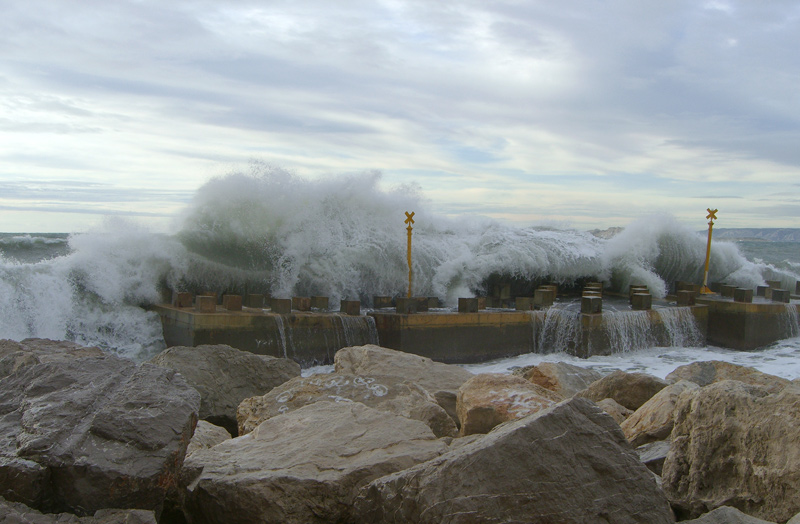 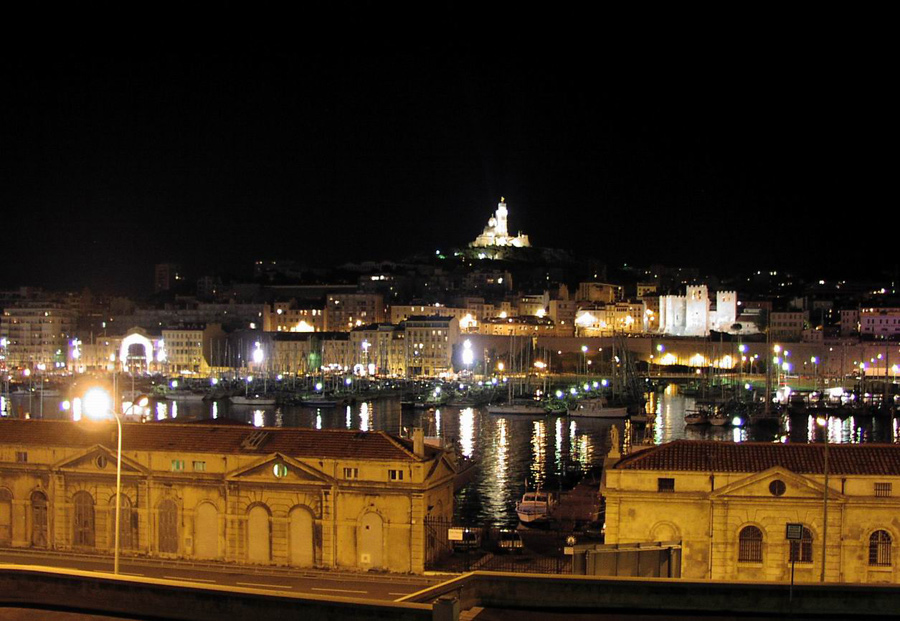