This is the website of the Esprit de Co(r)ps.
The Esprit is a Beneteau First 40.7
On this site you can find a lot of info about sailing in the Mediterranean, France South and info about lots of destinations from there.
The Esprit de Co(r)ps is situated in Sete, in the Bassin du Midi,
part of the Sete Marina, Port St Clair.
From here (and on demand) other locations trips can be made.
the Esprit can be rented for (short) trips or (team)coachings.
You can find more info on this website.

Accueil:
Ponton n° 6 (1st ponton on the left side after entering the harbour, Vieux Bassin). 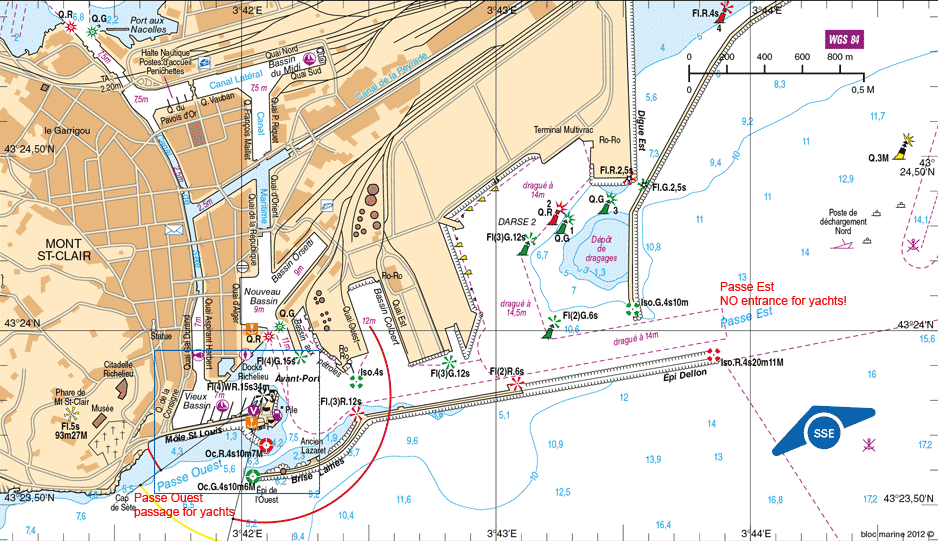 The port of Sete lies 11 miles NE of Cap d’Agde and consists of three sections. An outer harbor and a series of connecting basins and canals in the N part, an industrial zone within Etang de Thau, and an offshore terminal berth.
The harbor lies at the foot of the E slope of Mont de Sete (Mont Saint-Clair). This hill, 180m high, dominates the area and is covered by houses. A television mast, a cross, and a statue stand near its summit.
Mont Saint-Clair Light is shown from a white octagonal tower with a dark green lantern, 19m high, standing on the SE slope of the hill. Citadelle Richelieu, with a signal station at its S end, is situated close NE of the light. A microwave relay mast stands near the lookout station. A conspicuous steeple, surmounted by a golden figure of the Virgin, stands in Sete, near the harbor.
Montagne de la Gardiole, 180 to 240m high, extends between 4 miles and 10 miles NE of the town and terminates in a distinctive peak surmounted by a prominent chapel. A watch tower at Pioch de Camille is prominent. The chimneys of an industrial zone, standing at the foot of this range, can be seen to the NNE of the port. A flare, a large square steeple, and numerous oil tanks are situated at Frontignan, 3.5 miles NE of the port. A noticeable quarry lies 1 mile N of Frontignan.
A lighted approach buoy is moored about 12 miles SE of the harbor entrance.
A sector light is shown from a structure standing in the SW part of the harbor and aids in the approach to the entrance.The Vieux Port (mole st Louis) is always accesable. For the Bassin du Midi or Bassin de Thau, a few bridges have special opening hours, see the plan above.
The phone number (++33 (0)4 67 46 34 36) is to reserve bridge openings,
minimal:
one hour in advance weekly and the evening before on sundays and holidays. 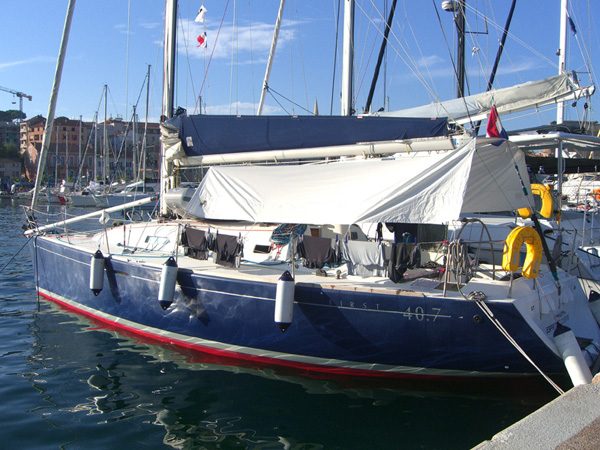