La Ciotat is situated app. 86 NM from Sete. The first part of the trip is dominated by low coastline, until after the Camargue and the Bay of Fos sur Mer. After that, there are some beautifull stop-over sites with (good) anchor possibilities.
Starting with the Cote Bleue. Than, just before Marseille Frioul and after Marseille the Calanques will charm you.
La Ciotat itself will also charm you with its old picturesque fishing port, its beautiful 17th c. houses around the port and its Mediterranean atmosphere. 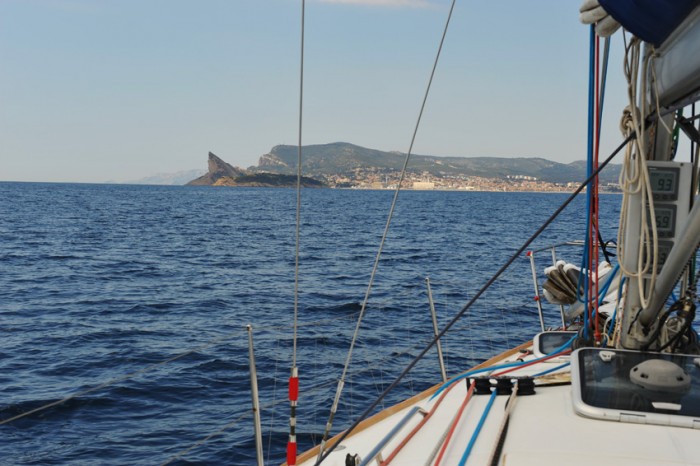 La Ciotat approach from teh East side, with on the left the Bec de L’Aigle

La Ciotat is a small town that used to have a reasonable shipyard. Instead of big boats, tankers etc. they are now specialized in (mega)Yachts. The old city and its monuments testify to its rich historical past.
It is worth to go up the Route des Cretes where you will discover an exceptional view of the whole bay. You should also take a walk in the Mugel Park (next to the Bec de L’Aigle and the Calanque de Mugel) and all along the trails admire the wonderful Mediterranean vegetation, and at the top the bird’s eye view of the city, the bay and the Green Islands. 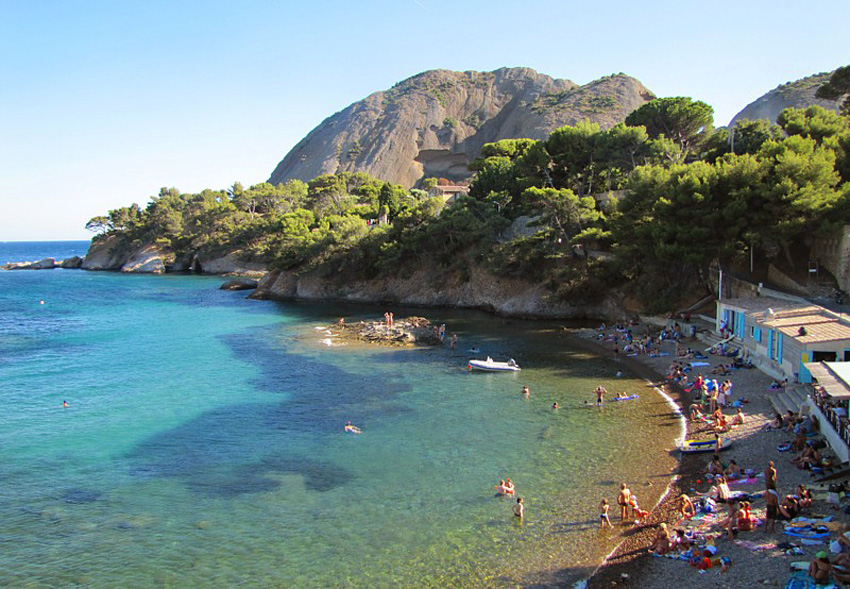 Calanque de Mugel in summer and in winter

In 1895 the Lumieres brothers made their first moving picture: A train arriving at the Ciotat station.The oldest movie theatre in the world still exists; it is in the Eden Theatre of Ciotat that the first public showing was held. The audience was completely astonished to see on the screen a train rushing in their direction…

Another three of the earliest Lumière films, Partie de cartes, l’Arroseur arrosé (the first known filmed comedy), and Repas de bébé, were also filmed in La Ciotat in 1895, at the Villa du Clos des Plages, the summer residence of the Lumière Brothers. In 1904 the Lumiere Brothers also developed the worlds first colour photographs in La Ciotat

In 1907 Jules Le Noir invented the game of pétanque in La Ciotat, and the first tournament was held there in 1910. The history of the game is documented in the Musée Ciotaden. 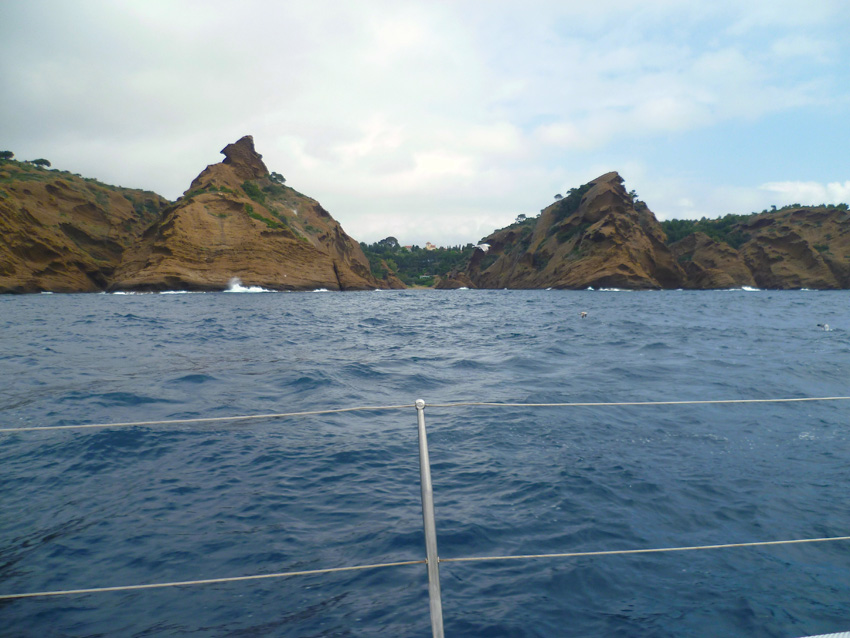 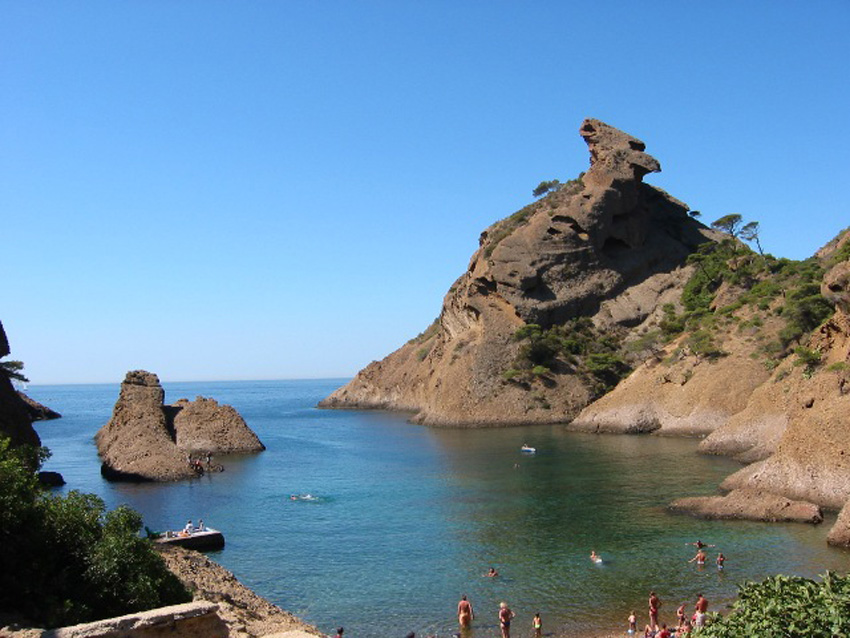 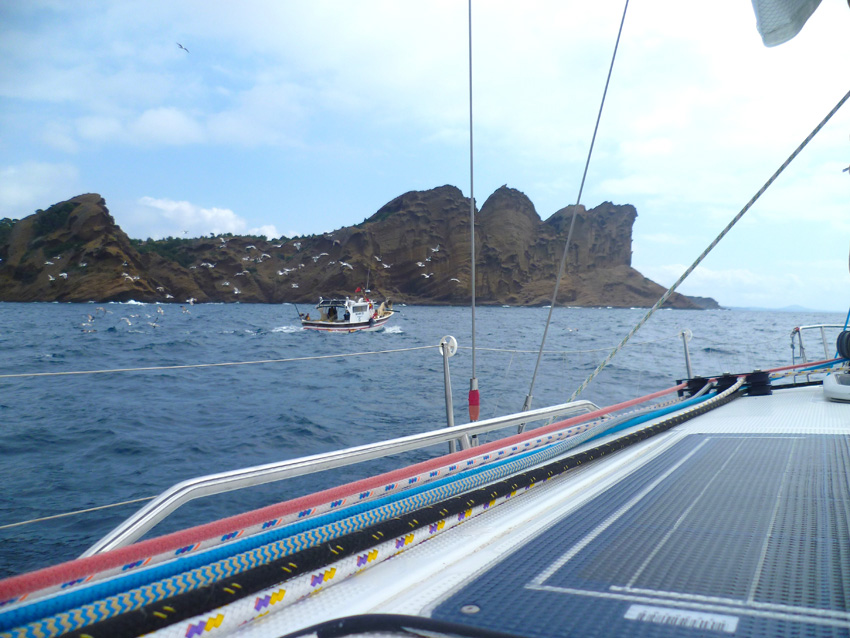 One of the most spectactular mountain chains of the south coast lies just before La Ciotat, coming from Marseille. Montagne de la Canaille starts at Cassis and ends at Cap de l’Aigle, a triangular shaped mountain. Here seen from the West. 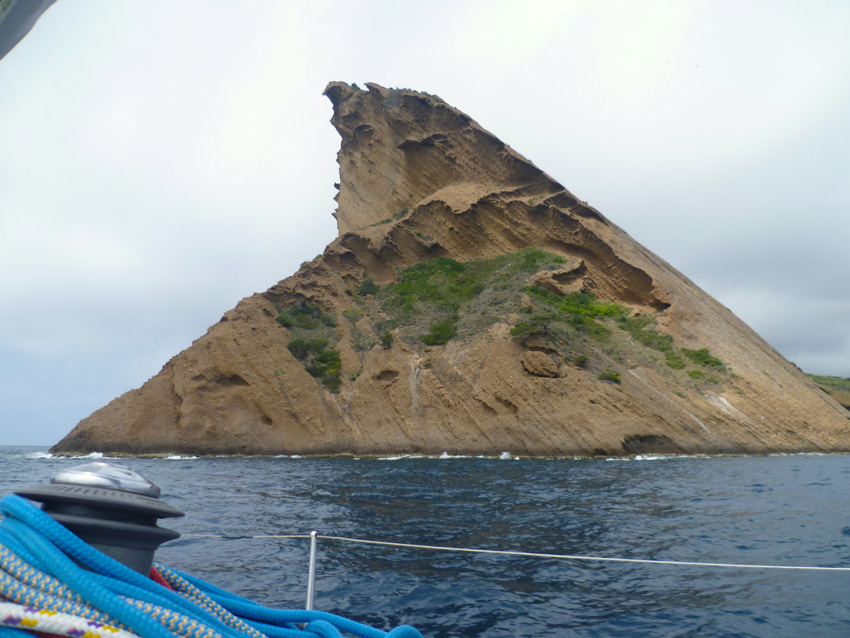 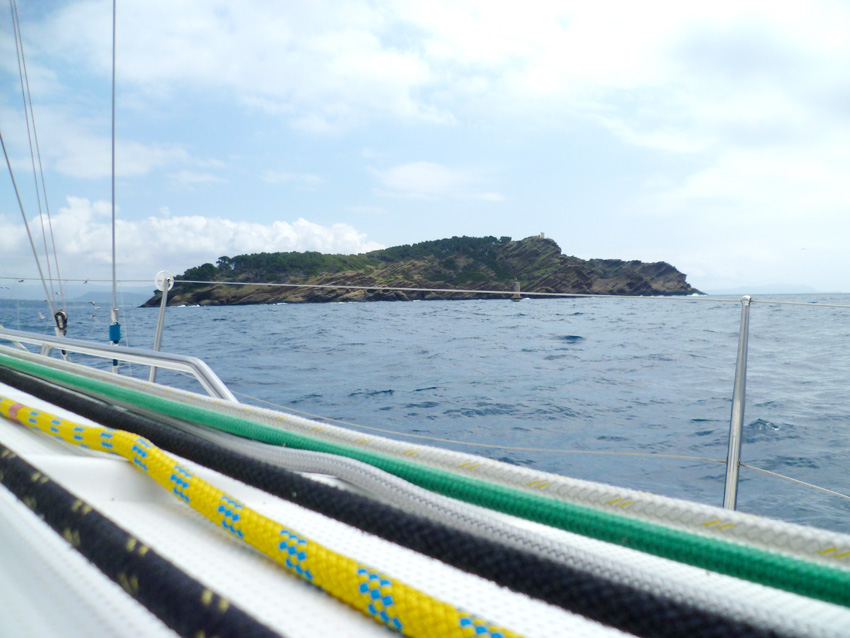 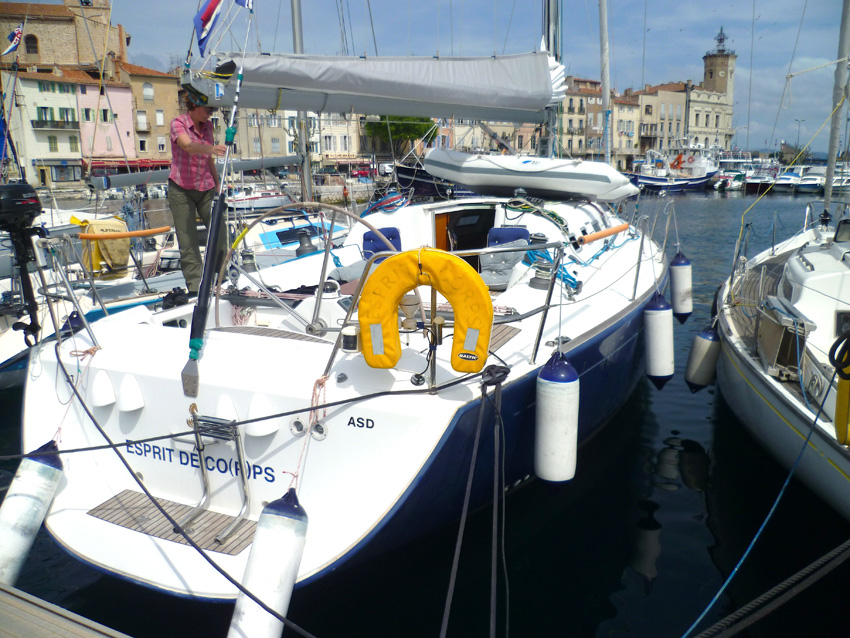 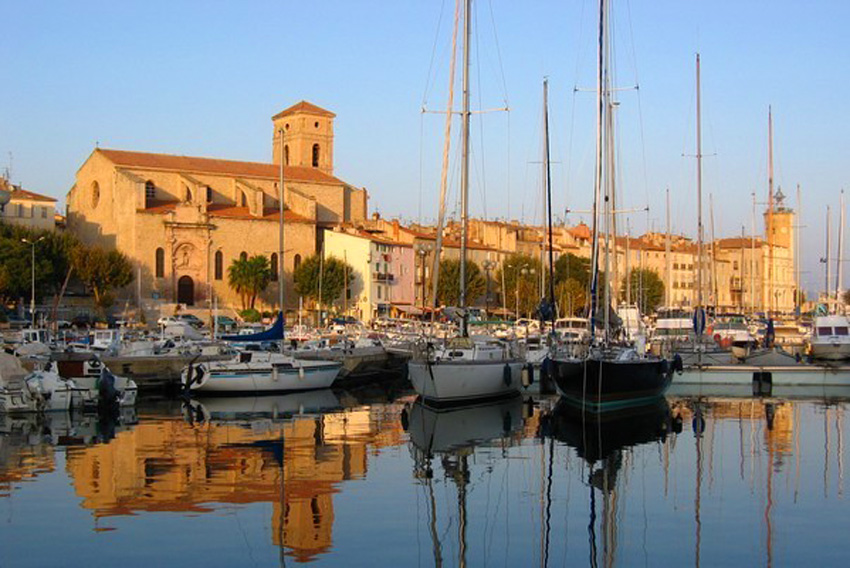