The beautifull landscape, diverse nature and many good anchoring bays that are generally well protected.

This and the stable climate of the Balearic sea in the summer makes these islands a great holiday destination. 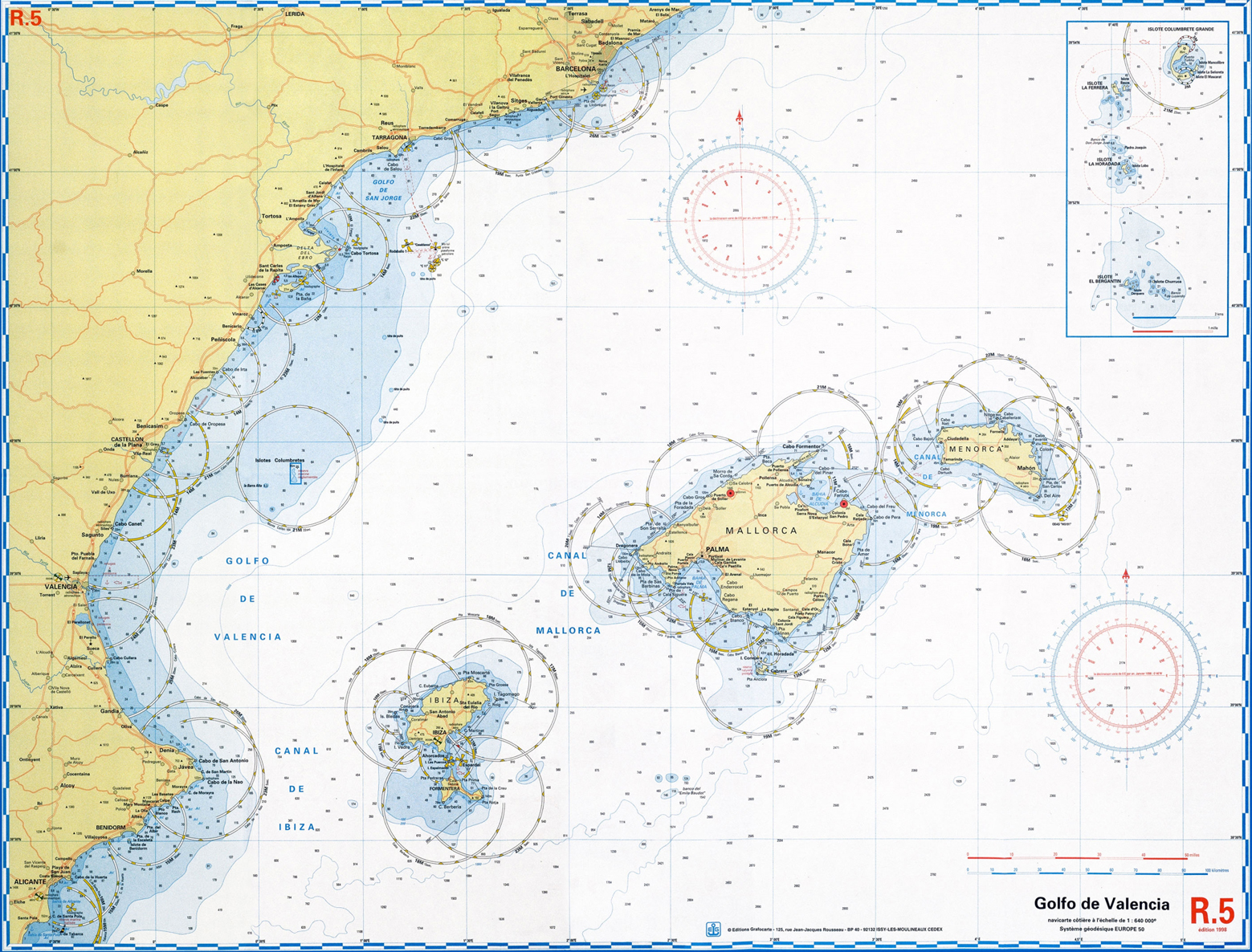 Balearic Islands in the gulf of Valencia

There are two groups of islands. The eastern and larger group forms the Balearics proper and includes the principal islands of Majorca (Mallorca) and Minorca (Menorca) and the small island of Cabrera. The western group is known as the Pitiusas and includes the islands of Ibiza (Eivissa) and Formentera.

The archipelago is an extension of the sub-Baetic cordillera of peninsular Spain, and the two are linked by a sill near Cape Nao in the province of Alicante. The Balearic Islands autonomous community was established by the statute of autonomy of 1983. Palma is the capital as well as the military, judicial, and ecclesiastical centre of the autonomous community.

The largest of the four islands is Majorca, Palma is situated on Majorca.
Majorca is the second most populated island of Spain.